Carmine Appice is a true rock legend. His trademark fills, over the top solos and aggressive style have made him one of the most recognizable drummers in the world. Jeff Beck, Rod Stewart, Ozzy Osbourne, Ted Nugent and Edgar Winter are just a few of the dozens of top artists he’s performed with. One of the most recognizable parts of his drum set is this huge 52” Paiste gong that has stood behind him for nearly every performance of his career.
In 1969, Led Zeppelin embarked on their first US tour as the opening act for Appice’s Vanilla Fudge. Zeppelin’s drummer, John Bonham was so impressed with Appice’s drums and drumming that he soon acquired a set, virtually identical to Appice’s that also included a large Paiste gong.  Before long, a gong had become pretty much “standard equipment” for all touring rock drummers.
When Appice formed Beck, Boggart and Appice in 1973 he acquired this Paiste 52” orchestral gong and stand. You can still see remnants of the original “BBA London” stencil painted on it’s back.
During the 1980s the gong developed a small crack which was repaired without affecting the gong’s sound but did leave a mark visible on the face of the gong (upper right). The off center black dot was added in the early 1980s when Appice started endorsing Zildjian cymbals. The dot is a sticker that covers the original Paiste logo. The logo remains under the sticker.
This gong has over 45 years of history with one of the greatest rock drummers ever. The heavy duty Paiste stand in the photos is included. COA signed by the seller and Carmine Appice. Plan on $600- $1,000 US shipping from NYC. We will ship internationally. Contact me for shipping quote. 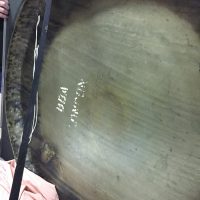 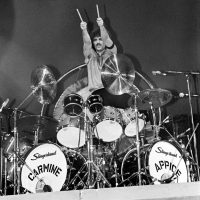 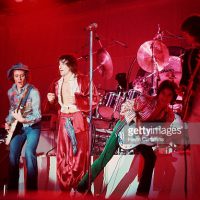 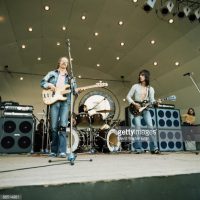 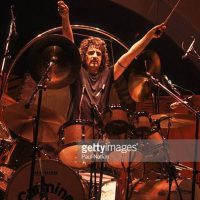 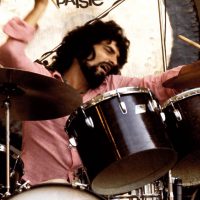 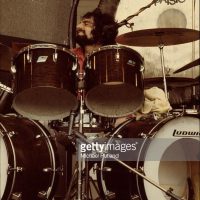 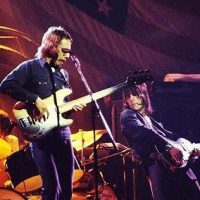 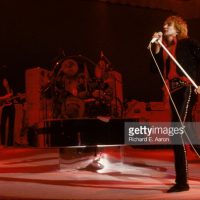 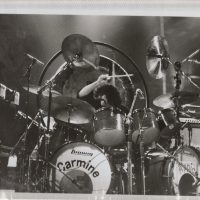 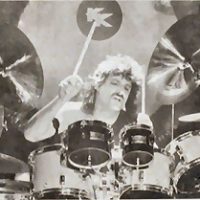