The first time I met Tre Cool was probably around 10 years ago. I pick up the phone and the guy on the other end asks if I have have any 1920s Ludwig Black Beauty snare drums in stock. I had a couple of them and started telling him about them. He says he from out of town and could we meet in downtown Seattle since he doesn’t have a car. We try to figure out a place to meet and he asks me if I know where the Paramount Theater is. The Paramount is a legendary concert venue in Seattle. I’d been to hundreds of shows there. He says he playing there tonight and could I meet him there. Of course I ask him who he’s playing with. He replies “Green Day” I ask him if he’s Tre Cool. Why didn’t you say so?!?

I brought him the drum. He liked it. He had someone go get him some cash and he returned with a big stack of hundreds and counted them out for me. He had us stay for their sound check and the show. That guy is an amazing drummer. I think he’s the best of the punk-pop drummers. The way he drives that band with the super steady, driving eighth notes on the hi hat is like no other drummer. Very interesting character too. Ever since then he always calls or comes by the shop when he’s in town. Hopefully they will be back on the road again soon.

Here’s some pics from the soundcheck, his kit and before the show. I’ll tell you the story about the drum set he gave me in a future blog. Until then… 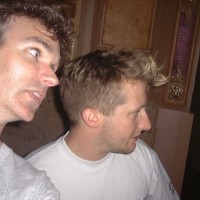 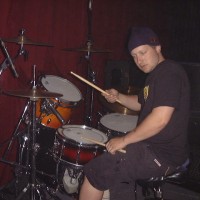 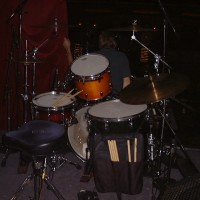