Check out this cool photo Hal Blaine just sent me. It was taken at Sound Recorders in LA in the 1970s when Hal was there doing a Neil Diamond session. Paul was in the next studio and eventually came over to see what was happening. Hal’s huge “Monster Kit” was set up and always got a lot of attention. You have to remember that at the time a huge set like this was very un-common. Everyone always wanted to check them out and get their photo taken behind them. Paul was no exception. I have photos of lot’s of celebrity drummers behind the set.

This set is considered to be the world’s most recorded musical instrument played on literally thousands of the most well know songs of the 70s,and 80s. The set is currently for sale and on display at Donn Bennett Drum Studio. For more info about this historic set clic the link below. 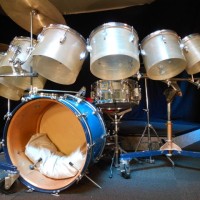 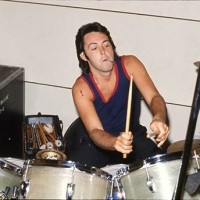 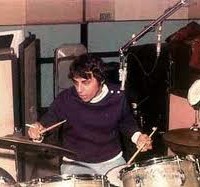