Zak Starkey’s, The WHO, Stage Used, Signed Cymbal, Poster, Sticks Package. Authenticated.
Here’s a very cool package of 3 items acquired directly from Zak Starkey, the current drummer with the WHO. Zak has been in the band since 1994. The package includes the following.
-The WHO 2015 tour poster signed by Roger Daltrey, Pete Townsend and Starkey.
-Starkey’s hand signed Zildjian signature model drum sticks.
-Signed 22″ A Zildjian crash/ride cymbal. This cymbal includes a certificate of authenticity, signed by the seller and Starkey stating the cymbal was used in performances with the WHO between 2000 and 2015.  See more about this package in the video below. 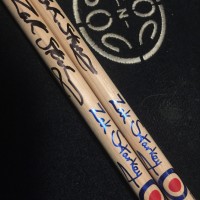 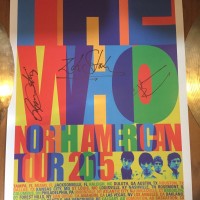 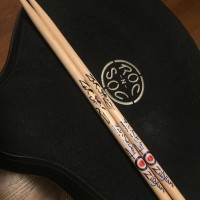 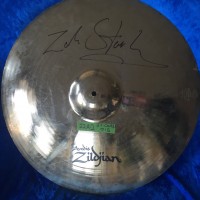 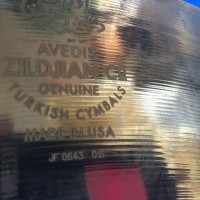