This set was custom made for Jimmy Marinos of the Romantics for their 1981 tour in support of their “Strictly Personal album. The album cover showed the band in matching pink leather suits. Marino requested the custom set in a handwritten letter to Bill Ludwig III. In 1980 The Romantics were riding a wave of success following the release of their smash hit, “What I Like About You”. They were in heavy rotation on MTV and playing arenas with the top artists of the era. According to Bill III, “So Jimmy sends me a small piece of leather, smaller than a matchbook, cut from the hem of his pink leather pants and a scribbled note saying “this is what my pants are made of and I want a set to match”. Fortunately Bill III was already working with the Hammer in Chicago guitar company on some custom paint projects. They had already painted some test shells, so when he sent them the tiny leather sample they were able to to produce the set pretty quickly.
Jimmy Marino’s used the set between 1981 until he departed the band in 1984. I have copywrited photos of Marino playing this set with the Romantics. PM me and I can send you copies. The set’s still in great shape but it shows some minor signs of wear from 3 years of touring the world. The pink finish has faded to sort of peach color. You can see several spots where chips in the paint have been repaired with what looks like pink nail polish. The set changed hands a few times before it finally found it’s way to me in late 2021.
This set is a Ludwig 1980s Classic Maple set. 26×14 bass, 20×18 floor tom with a single 15×12 rack tom mounted with a snare drum stand.
The shells are made of 5 plies of maple and poplar wood. The set includes the set of Ludwig Tubular Atlas hardware in the photos. No notable damage. No extra holes or modifications. Includes a set of pink painted bottom heads. The photos depict the condition accurately.
COA signed by seller. Includes copies of emails from Bill Ludwig III confirming the authenticity and history of this set. 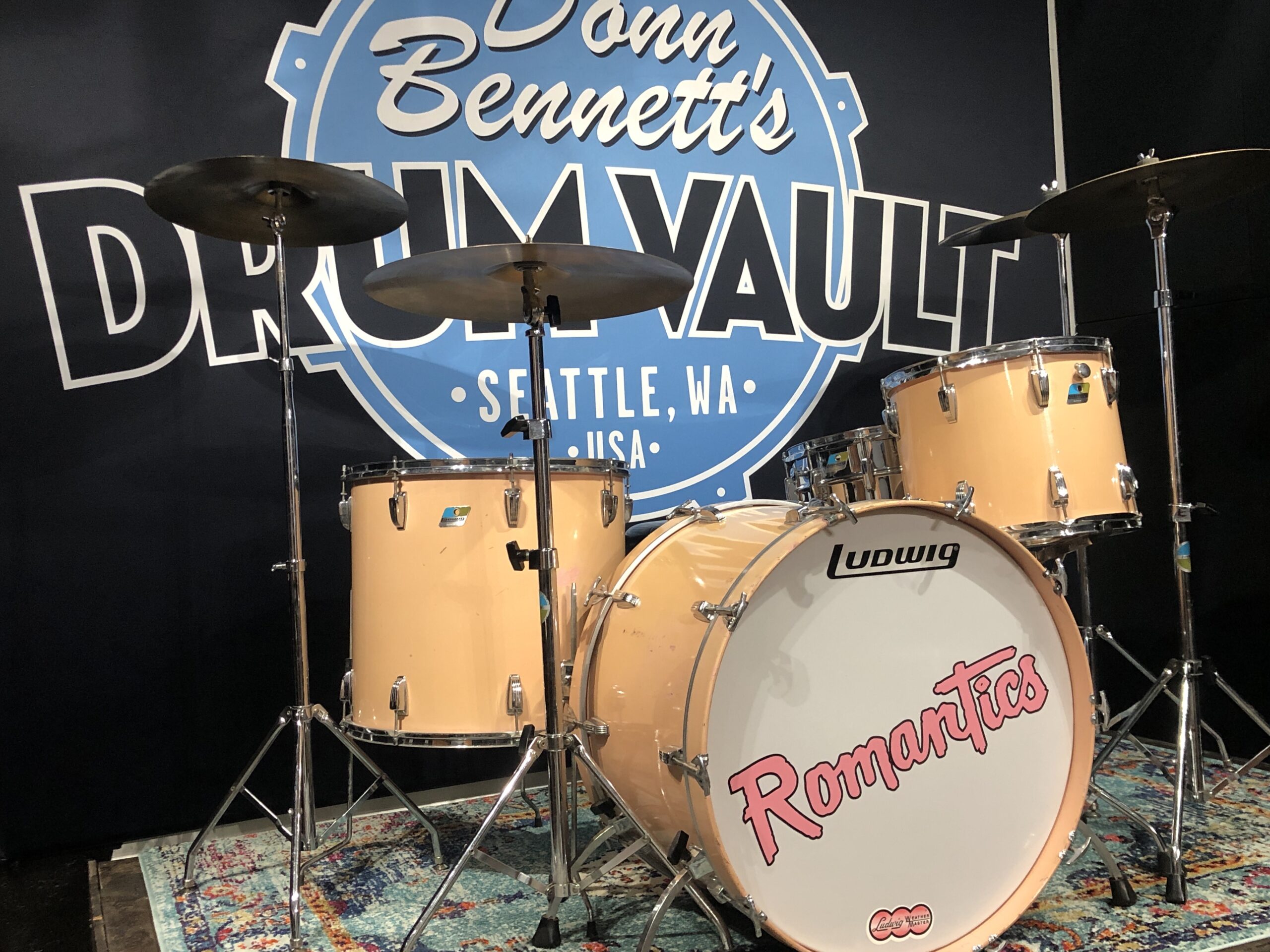 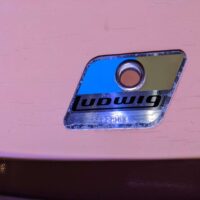 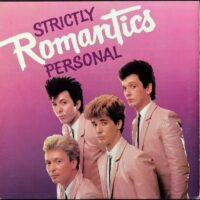 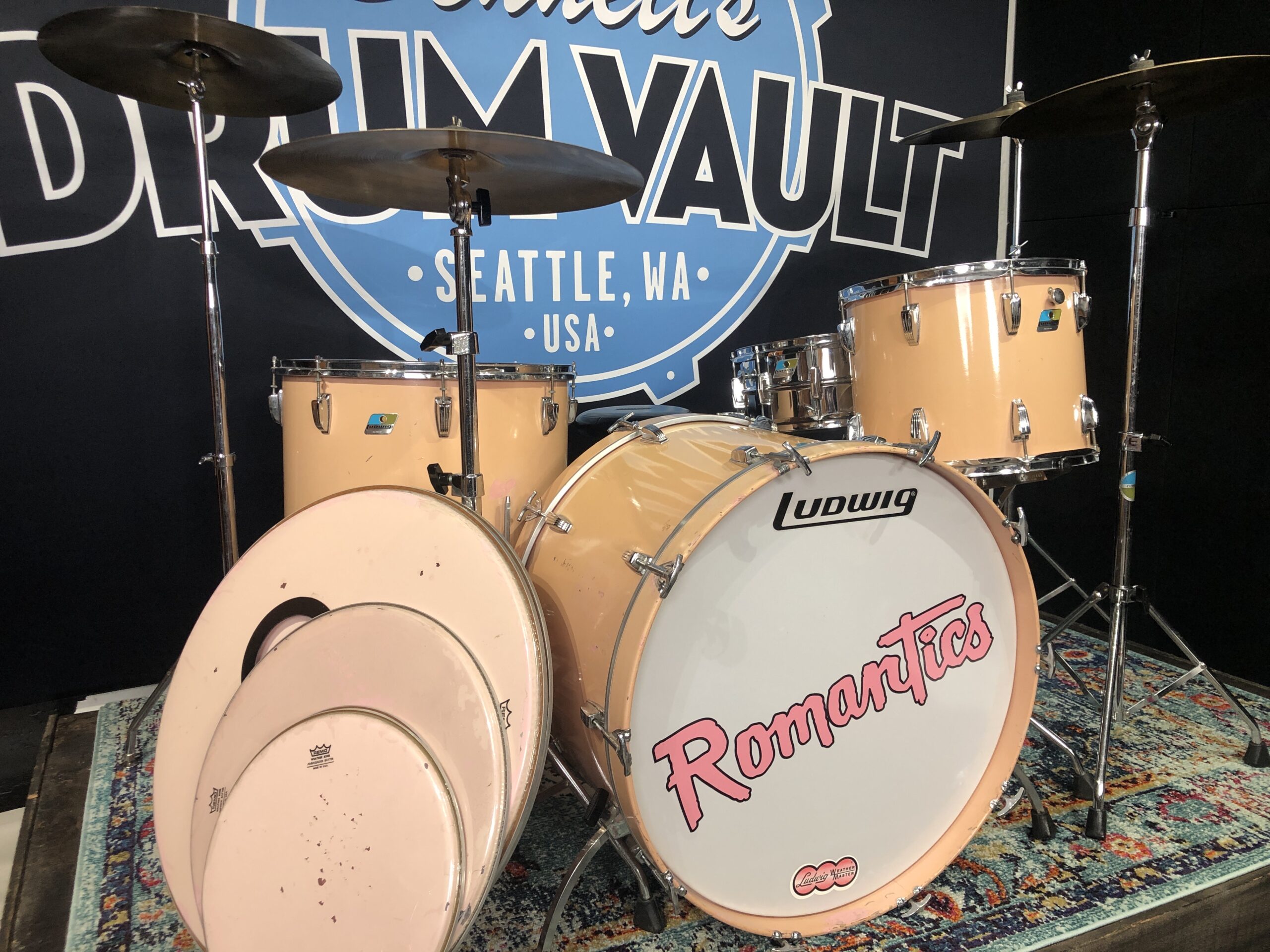 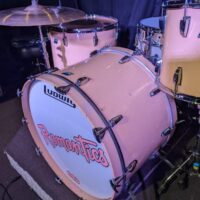 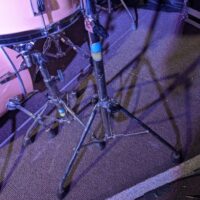 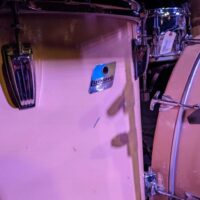 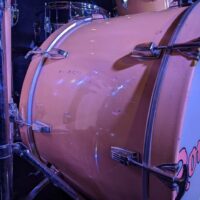 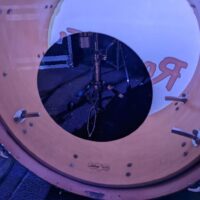 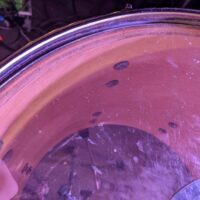 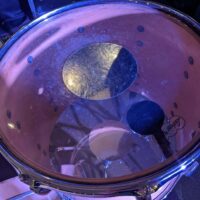 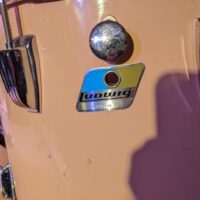