Sonny Greer was one of the most notable and in demand drummers of his era. He is remembered most notably for his work with Duke Ellington. He was Ellington’s first drummer, first joining Ellington’s quintet in 1924. His style developed as Ellington’s sound evolved. Greer’s drumming was considered an integral part of Ellington’s sophisticated and elegant arrangements. His tenure with Ellington spanned 27 years from 1924-1951.

The Leedy and Ludwig Knob Tension drums were the brainchild of veteran drum innovator, George Way. They were introduced in 1951 and were expected to revolutionize the drum industry with their ease of tuning and sleek looks. When they functioned properly they worked extremely well and sounded fantastic. Ultimately, they proved to be mechanically over-complicated and unreliable. Within 3 years they were discontinued. The Knob Tension drums have become highly prized among collectors and historians. Their early demise could be attributed to a combination of being ahead of their time and being released to the public before all of the mechanical kinks had been worked out.

I acquired this drum from the estate of one of my oldest and dearest drum buddies. Many years ago, I recall him telling me the story about how he found this drum how it could be traced to Sonny Greer. He also knew where the rest of the set was. Unfortunately, my dear friend has since passed and I’ve forgotten the details of the story. At this point the drum’s history is purely anecdotal. There are photos of Greer playing an identical set, with the identical “SG” appliqués. That’s all I know. If anyone has any information I would love to hear from you.

The drum is in perfect working condition. All of the knob tension devices work smooth and solid. Calf heads on top and bottom. The finish is bright and shiny. The hardware is clean and pit free. There are some scuffs visible in the chrome. You’ll see some very small sections of the glitter appliqué has broken off. There are some slight dents in the bottom hoop. Overall the drum is in beautiful condition with only a few minor flaws that serve as markers of it’s storied history.

Gong in cover photo is not included. The framed photo of Sonny Greer playing the set that this drum was part of is included.
I will ship internationally. 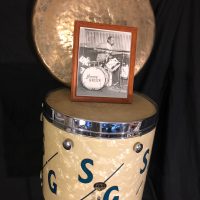 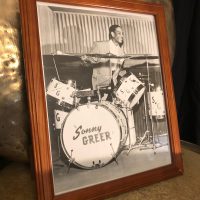 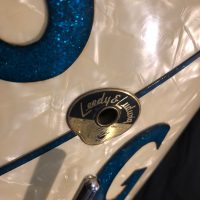 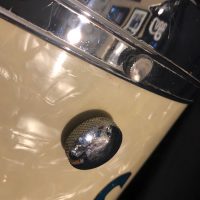 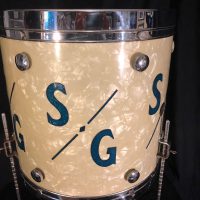 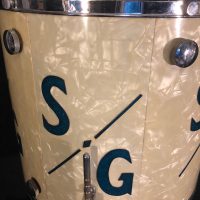 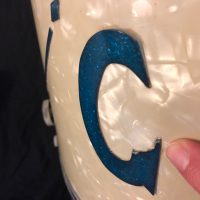 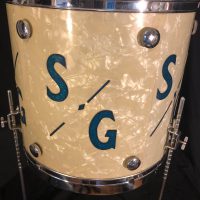 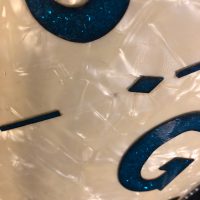 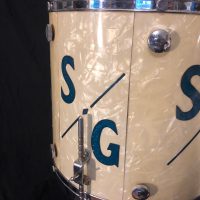 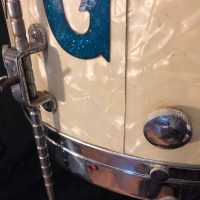 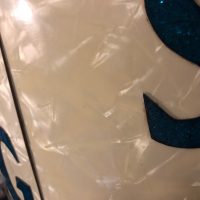 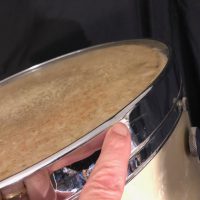 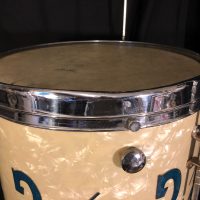 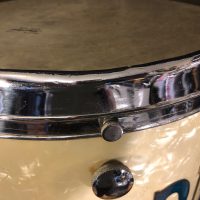 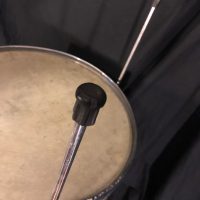 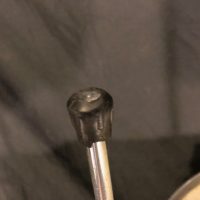