My personal favorite snare drum shell of all time. Drums like this one helped establish Ludwig’s longstanding reputation for making amazing sounding snare drums. This drum was acquired from a retired symphony snare drummer. Rare “chromium” finish as the standard finish of the era was nickel. The drum has been cleaned to an incredible shine. There’s lots of minor surface scratches and checking in the chrome finish that can be seen in the photos. The shell is very slightly dented in at the muffler. Individually adjustable gut snares in excellent condition. Early 1960s Ludwig logo heads still in excellent shape. This is really a spectacular drum!!

The drum includes the original Ludwig #22779 “Double Compartment Case” as seen in the 1935 Ludwig & Ludwig catalog. An ancient business card from Hall Drum Company in New Orleans, LA, where the drum was apparently originally purchased, is still stapled to the inside of the case. The photos depict the condition accurately. No other notable damage. 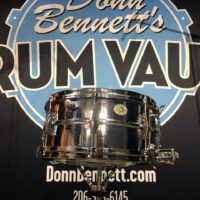 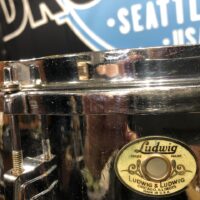 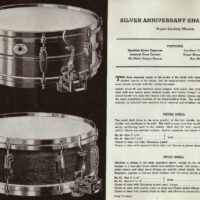 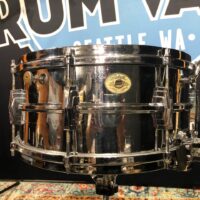 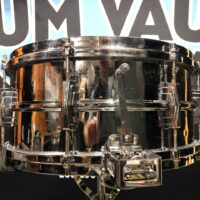 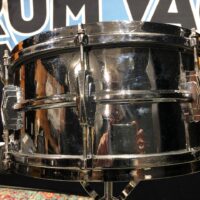 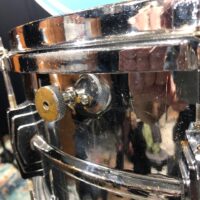 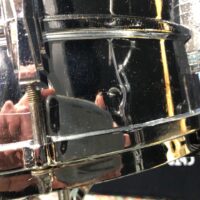 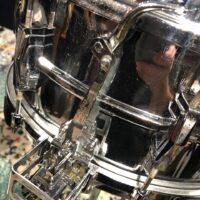 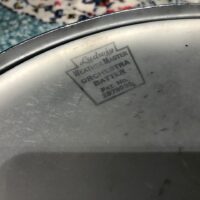 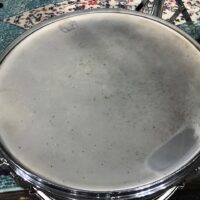 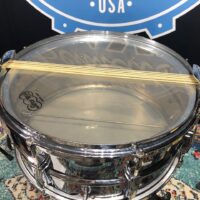 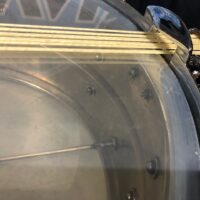 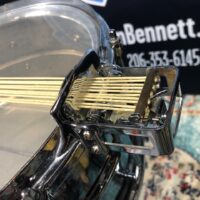 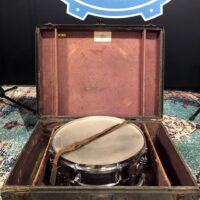 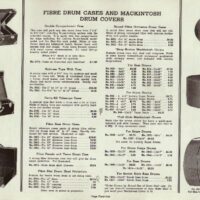 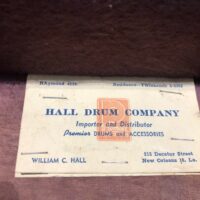