Just when I think I’ve seen everything! This “prop” guitar is one of two identical prop guitars and one bass made for Aerosmith. They were used in the production of the Aerosmith Guitar hero video games. One corner of the guitar body and the end of the headstock are cracked, as if they were smashed. I’ll assume, that rather than destroy a perfectly good guitar, they opted to use fakes instead. If that’s true, then maybe “The Bad Boys From Boston” aren’t as bad as we actually thought, or at least they love their guitars too much to intentionally destroy them.

They are pretty convincing fakes. They have an actual neck with real tuning pegs. On the the body are three actual knobs and strap pegs. All the strings, hardware, pick ups and pick guard are photo replicas.

Acquired directly from Brad Whitford. It includes a Gibson hardshell case, one of Brad’s custom Aerosmith guitar pics and a certificate of authenticity signed by Brad Whitford. 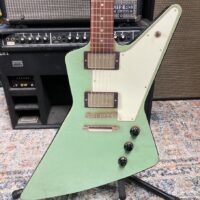 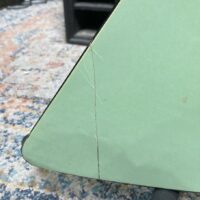 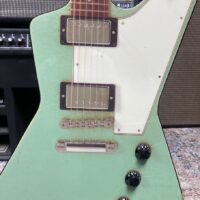 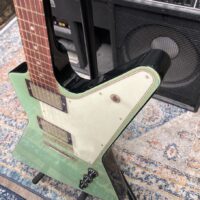 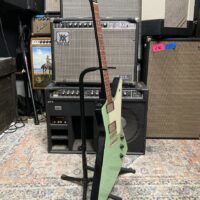 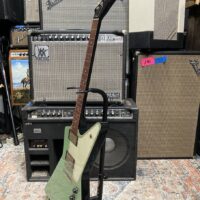 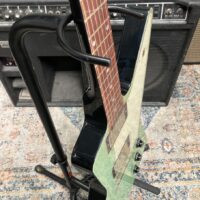 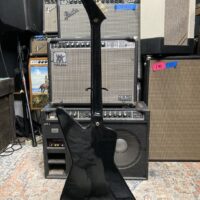 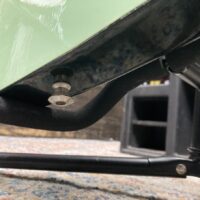 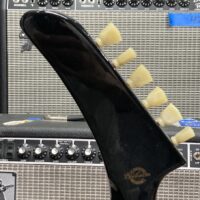 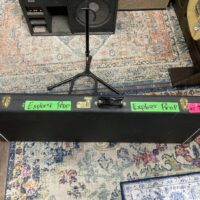 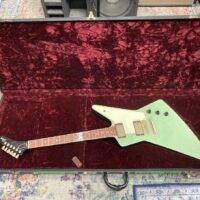