This pair of mid 70’s Ludwig 6-ply 22×14″ bass drums in Mahogany Thermo-Gloss finish were part of Carmine’s earlier 1970s 3-ply Octa-Plus set. Each bass drum is mounted with four, 1/2″ arched spurs. These drums were added to the Octa-Plus set in about 1976 and used predominantly on Rod Stewart recordings between 1976 and 1980. Carmine generally preferred 22″ bass drums for recording and favored 24″ bass drums for live performances.

The drums are in excellent condition but show normal signs of wear for drums of their age.

Carmine Appice is one of the most innovative and influential rock drummers of all time. He used these drums during the commercial peak of his legendary drumming career spanning 7 decades. 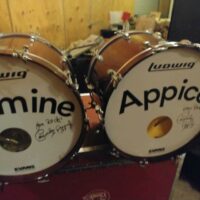 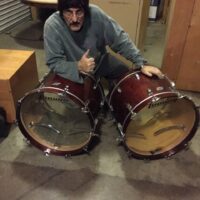 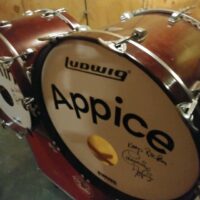 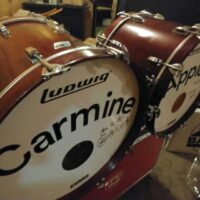 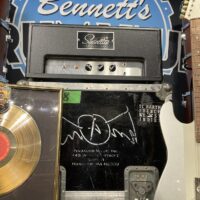