The original “Ludwigold” finish was restored with the restoration talents of Pat Foley. Foley and Jamo covered the shell with an adhesive and then “dusted” gold flake over the shell followed by several coats of lacquer. This drum inspired Bun E. Carlos to have them finish an entire Radio King set for a Cheap Trick tour in the 1980s. Original gold plated hardware. Original, unattached “Ludwigold” badge is included. No issues. 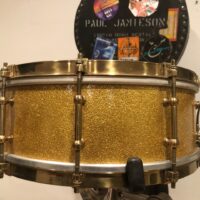 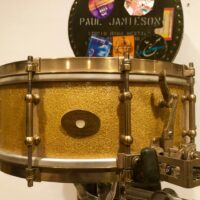 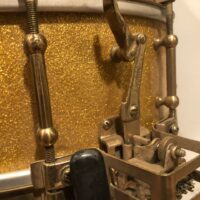 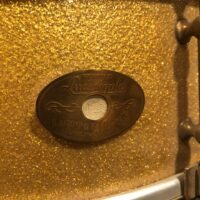 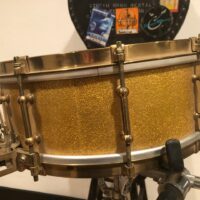 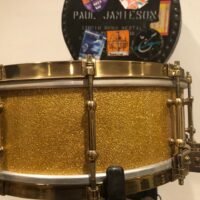 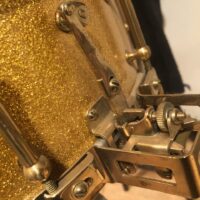 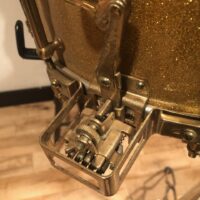 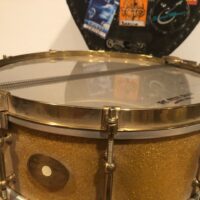 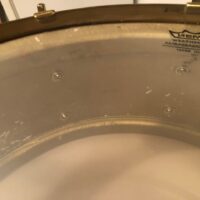 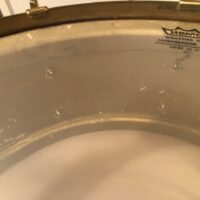 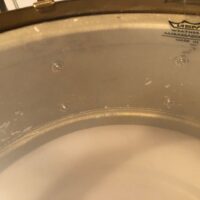 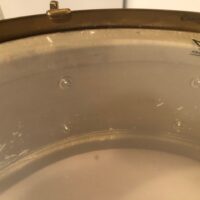 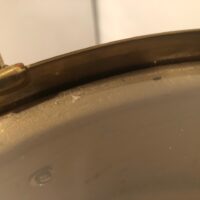 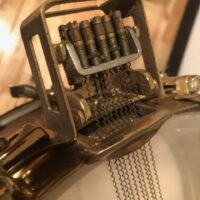 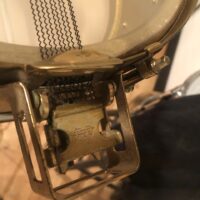