This is my favorite drum in the entire Jamo collection, probably because I’m a sucker for a good conspiracy theory. The engraved “left-leaning” Ludwig logo on this drum is the only one of it’s kind I have ever seen. All other Ludwig logos lean to the right. I’ve consulted several of my expert friends. None have ever seen a logo like this or has any information about it.

It has spawned many theories, but there’s no verifiable information to back any of them up. Some think it could have been engraved after market many years ago by a non-Ludwig engraver. Part of the reason for this belief is that the engraving style does not match the styles of any of the known Ludwig engravers of the 20’s and 30s. Other’s think the “backwards” logo could have been an early mistake by a first-time Ludwig engraver that led to his swift firing by an irate William F. Ludwig for desecrating the near sacred Ludwig logo, thus supporting the notion that his engraving style has never shown up on any other engraved drums.

My personal theory is that it was the secret request of an extremely liberal “left-leaning” 1920s Socialist who wanted a fancy drum to play at their secret rallies (like I said, I’m a sucker for conspiracy theories). Whatever the actual story may be, this drum is a true, one of a kind, Ludwig anomaly, akin to a mis-printed minted coin. The drum has never been polished or restored and is excellent condition with the unfortunate exception of a few extra holes that are visible in the photos. 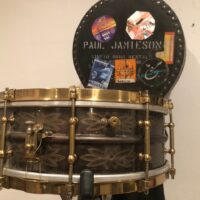 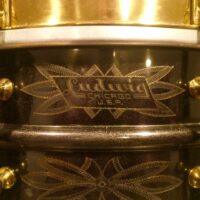 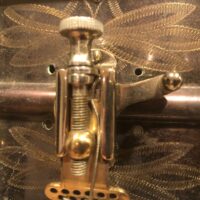 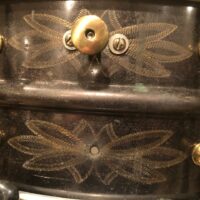 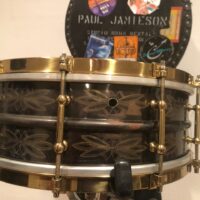 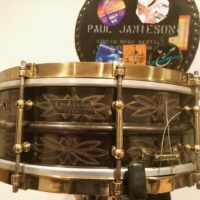 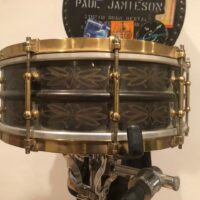 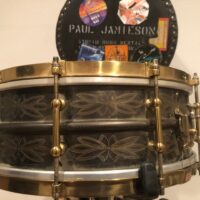 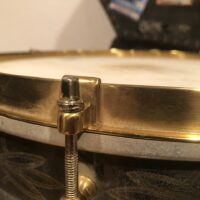 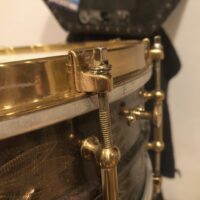