Here’s another one of Jamo’s top session work horse snares with countless hits under it’s belt. The edges were re-cut by a young Johnny “C” Craviotto when he was operating out of his small original shop in Watsonville, CA. His original sticker is still inside the shell next to Jamo’s signature. Sonor T/O and adjustable butt end, cast hoops top and bottom, finish by Pat Foley. Here’s a unique, early collaboration of Jamo, Johnny Craviotto and Pat Foley, all of whom would go on to be giants of the drum industry. 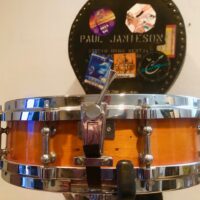 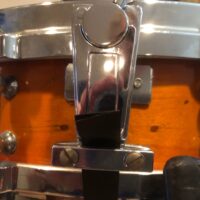 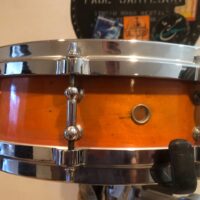 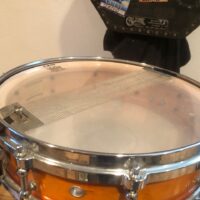 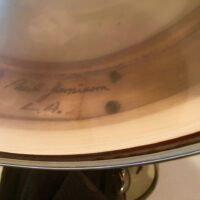 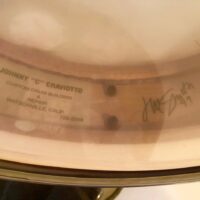