Another one of Jamo’s “old-faithful” studio workhorses. We can only guess how many hit’s you’ve heard this drum on. The Ludwig COB Supraphonic has long been recognized amongst the greatest and most recorded snare drums ever made. Leave it to Jamo to mess with perfection. This drum started out as a Supersensitive parallel throw-off model. Jamo removed the parallel mechanism and installed a P-83 throw-off and a Rogers butt plate. He removed the muffler and added cast hoops top and bottom. The result was this unstoppable hit making machine. 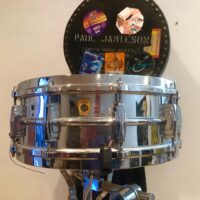 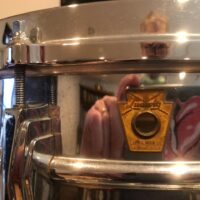 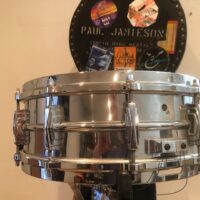 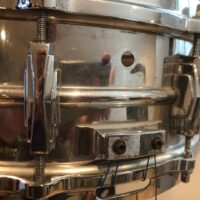 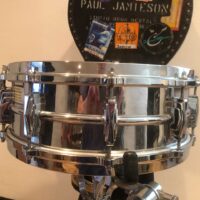 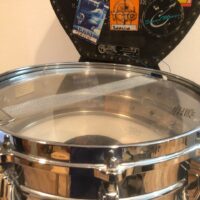