Here’s something you don’t see everyday!! Lavender Pearl is one of the rarest finishes ever offered by the Ludwig Drum Company. This one has faded somewhat but there’s enough color left color to make it really pop. Jamo never got around to restoring this drum, he was too busy making multi-platinum records with the greatest musicians of our time. There’s a couple extra holes under the non-original throw off. One of the internal mounting screws for one of the lugs is missing. otherwise this drum is all original and ready to play. A good polishing will have this baby gleaming. Maple shell, 10 tube lugs. nickel hardware. 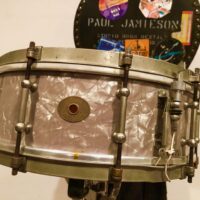 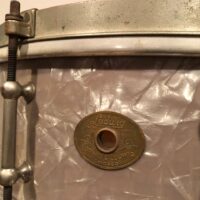 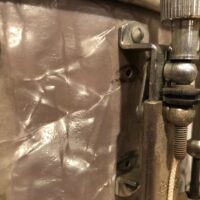 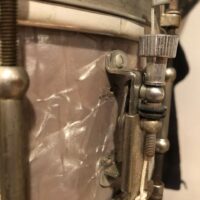 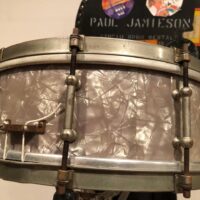 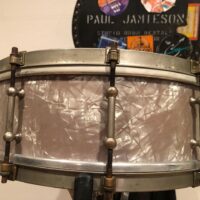 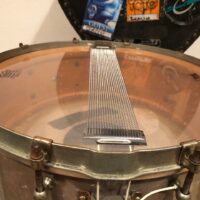 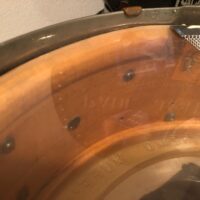 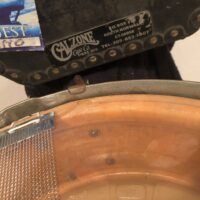