Perhaps the greatest drum shell ever made! The Ludwig heavy brass snare drum shell is a true legend. The 35th Anniversary Super-Ludwig is the first Ludwig drum to feature what we now refer to the Imperial style lug. These lugs were solid tapped metal with no swivel nuts. The drum also featured the short lived “squared-off bead”.

It’s all there, original calf head on top, Ludwig and Ludwig white enamel badge, working muffler and parallel Supersensitive throw off. The drum is in excellent working condition with no notable issues. The drum is perfectly clean. You can see some scratches and dings in the photos and a couple of the original screws on the throw-off have been replaced. The original wires have been replaced with pro-quality modern PureSounds Super-sensitive wires. There’s nothing that’s going to get in the way of this drum sounding like the amazing vintage superstar that it is. 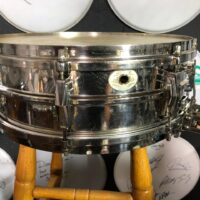 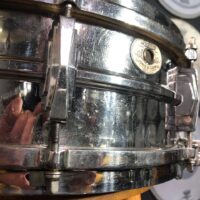 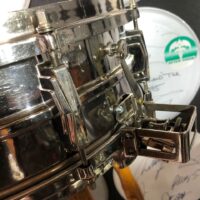 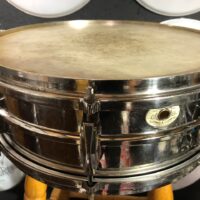 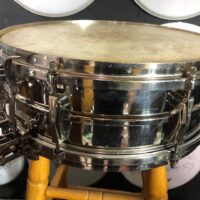 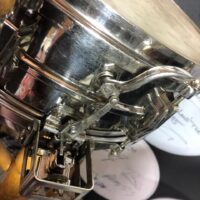 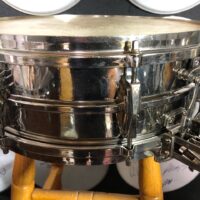 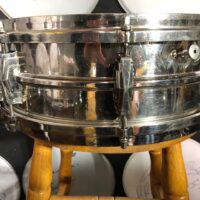 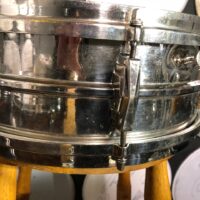 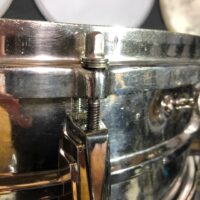 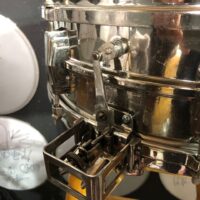 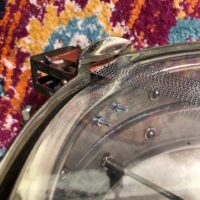 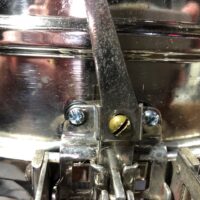 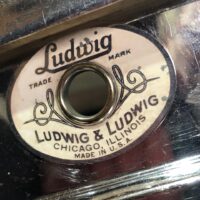