From the collection of Quiet Riot drummer Frankie Banali.
Frankie loved hunting for vintage drums. This old beauty looks like he found it in a dusty second-hand shop. It’s a little grimy but you can tell this drum was well loved before being retired. It’s all original. P-85 throw off, nickel hardware, 8 lugs that look like the predecessor to the modern Ludwig Imperial lug. Nothing broken, damaged or missing. It looks like there’s a cigarette burn on the original calf bottom head that was repaired with a little glue. Otherwise, it’s all there. It’s ready to rock or if you want to make it look as good as it sounds, a good buffing will have this drum shining like a new dime.
Includes a pair of Frankie’s signature Vic Firth Quiet Riot drumsticks. Photos depict condition accurately. Certificate of authenticity signed by Regina Banali.
Shipped from Seattle, WA. US snare drum shipping $50. We will ship internationally.
Single click image to enlarge. 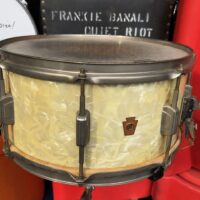 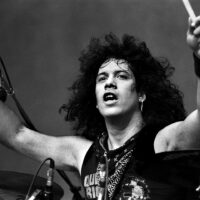 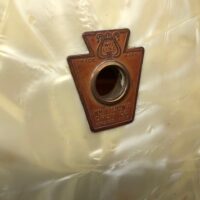 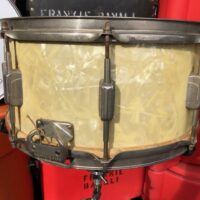 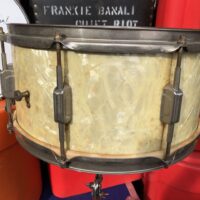 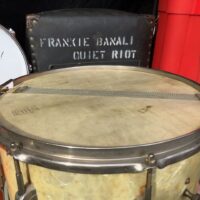 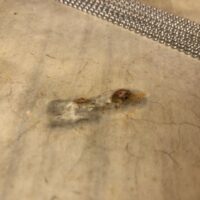 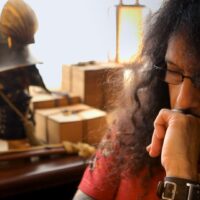 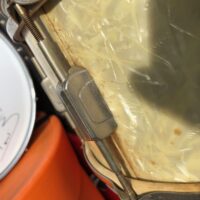 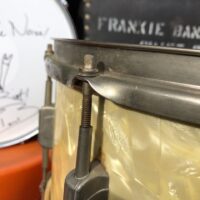 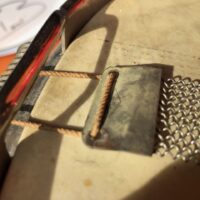 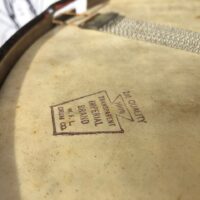 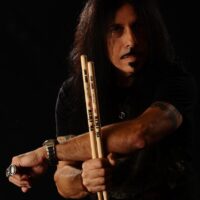