From the personal collection of Quiet Riot drummer Frankie Banali.
Franki Banali was deeply influenced by Led Zeppelin drummer, John Bonham. Bonham’s influence is obvious when listening to Banali. Frankie was a great steward of Bonham’s genius and reverently adapted the master’s most subtle nuances into his performance style.
This framed Bonham stick and Ching Ring were some of Banali’s most prized collectables. They hung prominently on his home office wall. See Frankie’s FaceBook post below where he proudly showed them off. The Ching Ring was a pivotal part of Bonham’s sound and heard most notably on his featured solo in “Moby Dick”. The stick was acquired from a fan and the Ching Ring was acquired via long time Ludwig artist relations manager Todd Trent, who acquired it directly from Robert Plant. (See the included documentation).
Both are professionally framed and matted.
Shipped from Seattle, WA. We will ship internationally.
Single click image to enlarge. 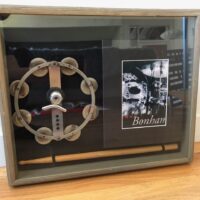 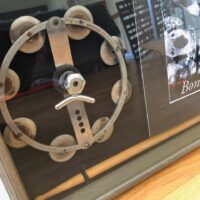 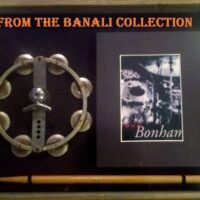 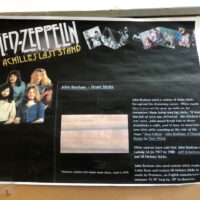 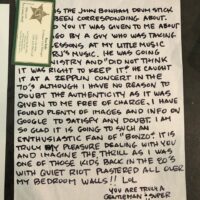 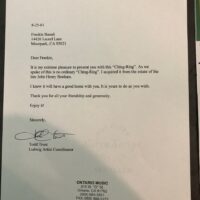