This 1960s Gretsch Floating Action bass drum pedal was owned and used by legendary drummer Elvin Jones. The pedal is an example of one of the earliest chain drive conversion pedals ever made by drum hardware pioneers Al Duffy and Frank Ippolito at the Professional Percussion Center in New York City. Duffy and Ippolito began experimenting with replacing the leather straps on bass drum pedals with more durable and responsive chains in the early 1970s. Most of their conversions were done on Camco bass pedals but some of their earliest conversions were performed on Gretsch Floating Action pedals which were virtually identical to the Camco pedal. Elvin Jones was a regular customer of Ippolito’s shop and became an early advocate of the “new” technology.

This pedal shows considerable signs of use but remains in excellent working condition. It also features a round wooden beater, that would eventually become a key part of Elvin’s trademark bass drum sound. 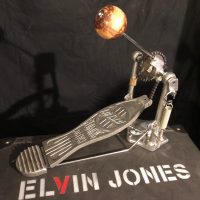 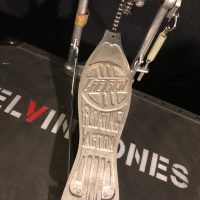 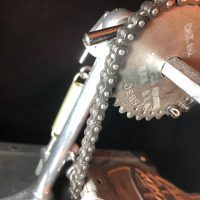 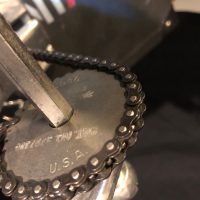 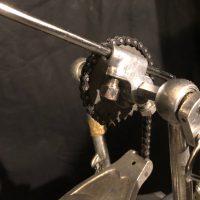 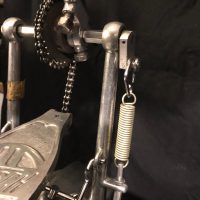 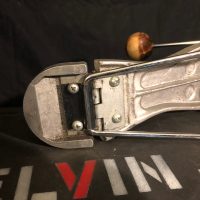