In 2009 Ludwig created a Bun E. Carlos signature drum set and snare drum in an exclusive Citrus Mod Glass Sparkle finish. They only made 100 of the snares and 50 sets.  This is set and snare #2, the only BEC signature set and snare with matching numbers.  Snare head signed by all original members of Cheap Trick. 24,13,16,5×14. Legacy 3 ply maple shells. Bun E. used this set on about 75 Cheap Trick shows in 2009. Since then it’s been his daily home practice set. Each shell signed. Hardware and cymbals not included. COA, heads and shells signed by Bun E.Carlos. See the set in action in the videos below, both live with Cheap Trick and from inside Bun E.’s drum barn.  Set ships from Seattle, WA 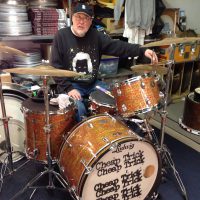 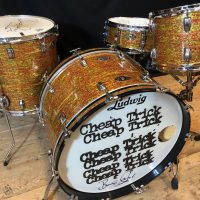 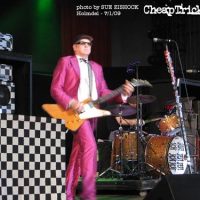 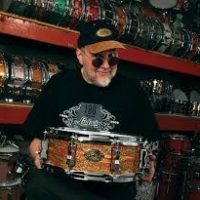 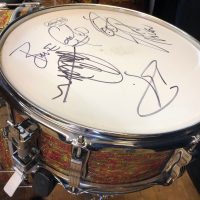 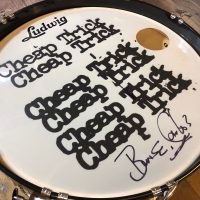 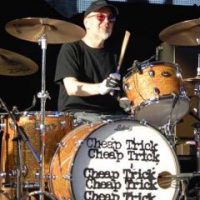 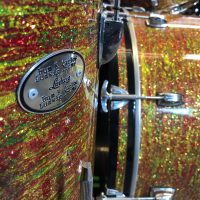 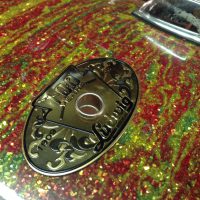 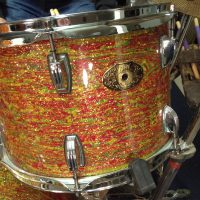 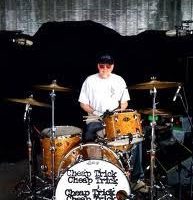 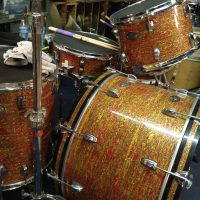 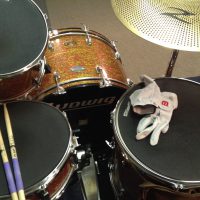 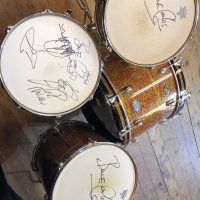 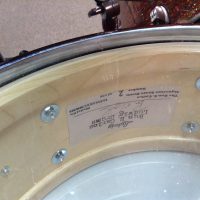 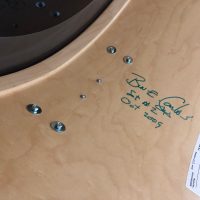 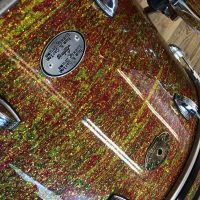 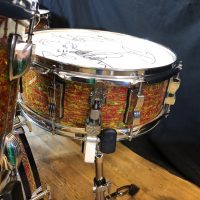 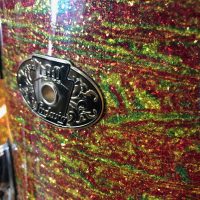 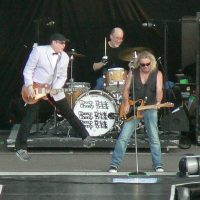