Tico Torres’ Bon Jovi 1980s Pearl All Maple 14×11 and 15×12″ toms. $325 each.
These drums were acquired by Tico Torres’ long time drum tech and road manager, Jeff Tarbell. They were part of the first set that Tico received after becoming a Pearl endorser in the early 1980s. The original set included 9 drums. These drums were never used by Torres who opted for a two rack tom configuration with 12″ and 13″ toms. The set was originally covered in a white gloss wrapped finish. Tarbell had the whole set recovered in red at the Pearl factory in 1987 (see photo). The complete 7 piece set as used by Torres is also available separately.
Excellent condition. A few very minor scuffs, other than that, no issues. The photos depict the condition very accurately. Copy of letter of authenticity from Jeff Tarbell is included.
I will ship internationally. 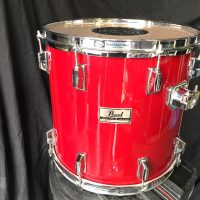 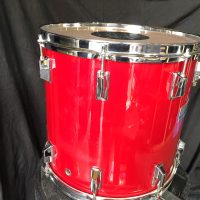 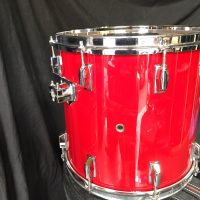 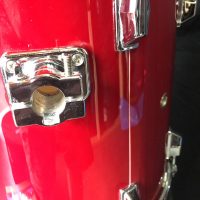 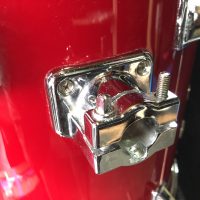 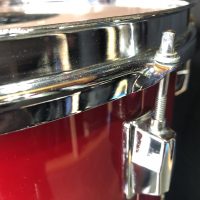 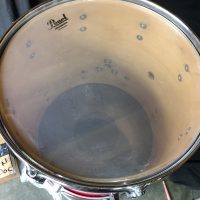 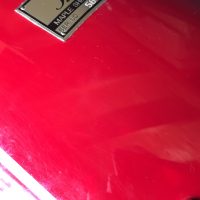 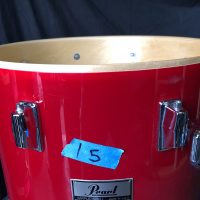 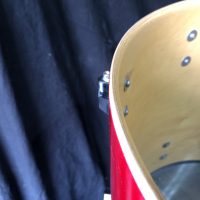 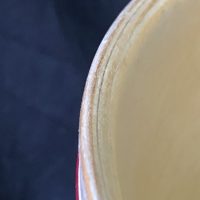 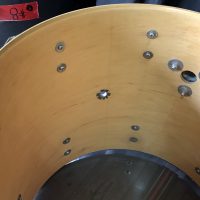 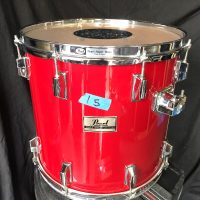 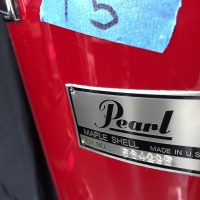 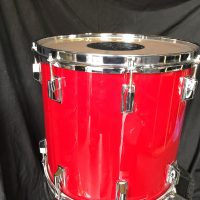 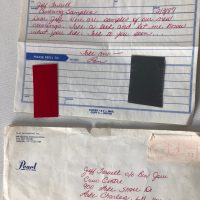