This set was owned and used by Joey Kramer of Aerosmith on the band’s 2003-2004 tours in support of their “Honkin’ on Bobo” album.  The set is in excellent condition. The set shows minor signs of use that you’d expect to see on a set that been on multiple world tours, but there is no notable damage. Nothing broken, missing or modified. The photos depict the condition of the set very accurately. The set was custom ordered to Kramer’s specs by the DW drum company. The unique order # printed inside of each drum identify this set as the one made for Kramer on July 07, 2003. The silver sparkle snare drum was made for Kramer on October 15, 2005 and can also be identified as being made for Kramer by it’s unique order #. The set can be seen in the attached video of Aerosmith live in 2004. The snare drum in the video is different than the silver sparkle snare included with this set.

Kramer initially donated this set to a charity auction near his Massachusets home. The winning bidder later donated the set to a local music school who eventually sold the set to the current owner.

The set includes all of the cymbals, stands and hardware seen in the photos. The set currently has new Remo Emporer heads on all of the toms. The set originally came with the Aerosmith logo heads seen in the photos. These heads are included with the set. The 5 drum set includes a 22″ bass, 13″ rack tom, 16″ and 18″ floor toms and 6″x14″ snare drum. All the drums are finished in a custom orange satin flame wrap with Kramer’s “signature” white powder coated hardware. Zildjian cymbals include 15″ Avedis  Hi-Hats, 19″ A. Custom Projection Crash, 20″ Armand Ride, 20″ A. Custom Medium Crash and an 18″ Avedis China High.

The set includes The “Honkin'” graphic bass drum head, confirmation from the DW Drum Company that the set was made for Joey Kramer and a certificate of authenticity from the seller. 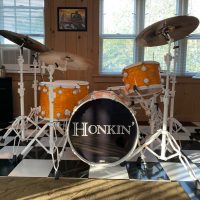 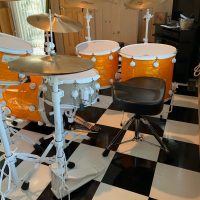 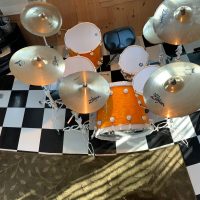 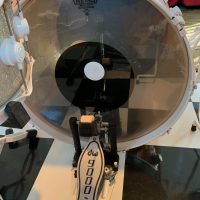 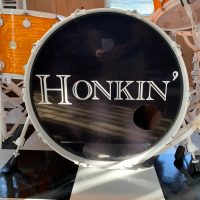 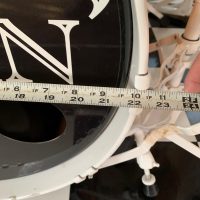 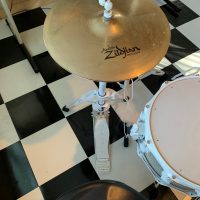 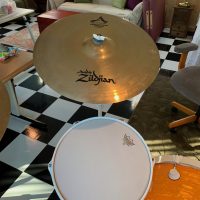 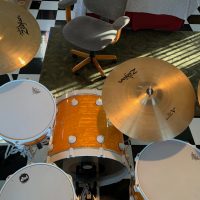 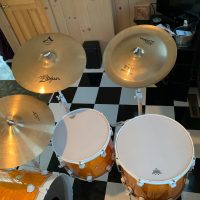 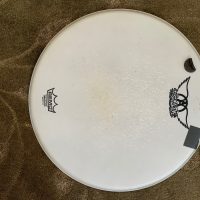 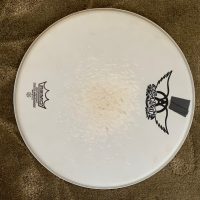 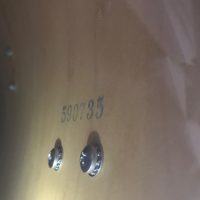 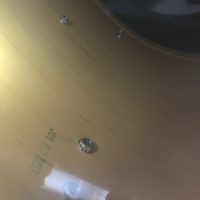 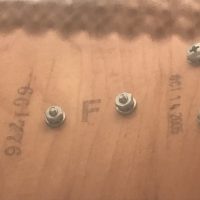