Acquired from the collection of Joe Pollard’s Studio America Recording Studio. I know virtually nothing about electronic equipment. Everything below is copy and pasted from what I could find online. The demo video was also found online for info purposes only. The video is not of this actual unit. This particular unit is in excellent condition.

The Frogg “Digital” Filter was first marketed in 1972, and only lasted until about 1976. The units are extremely rare today, seeing as only 100 were produced in the company’s short run.

Originally marketed as a digital FX unit due to the brand new digital hype of the 70s, but it’s really an analog FX unit. The Compu-Sound utilizes a digital user interface to control an analog signal path.

The company behind the Frogg Compu-Sound, was the short lived Design Engineering Labs Inc.

The Frogg Compu-Sound has 99 pre-set effects, including Envelope Follower, Arpeggio, Automatic Wa-Wa, High Bite Manual Wa-Wa, Notch Flanging, and Vowel Sound Manual Wa-Wa. Its function has been described as “basically a filter with an envelope follower”, but I find that to be a little underwhelming considering the range of sounds you can pull from this thing – as well as the digital integration being cutting edge for the time!

The unit originally came with a foot pedal which I no longer have – the tones can all be controlled via the foot pedal or manually on the unit itself. 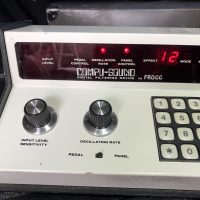 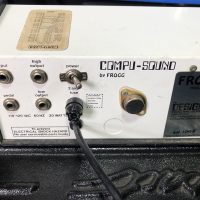 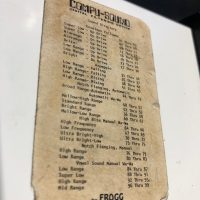 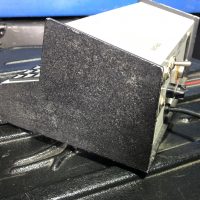 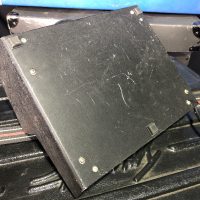 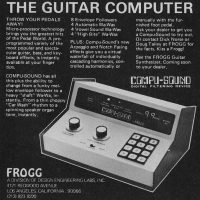